For all those wishing they could be off sipping alcohol on a boat right now, you may not have to look so far away for your solution –  the Popeye and Prohibition Liquor Gin Cruise offers exactly that right on your very own doorstep!

The Popeye Adelaide have teamed up with Prohibition Liquor Co to bring back their signature Gin Cruise along the River Torrens, which will be running throughout February, March and April just in time for festival season!

Prohibition Liquor Co was established in 2015 by co-founders Adam Carpenter and Wes Heddles, who have recently opened a tasting room in the heart of the CBD along Gilbert Street. Their spirits, however, are produced 40km north-east of Adelaide at Applewood Distillery, which is located in the quaint Adelaide Hills town of Gumeracha. 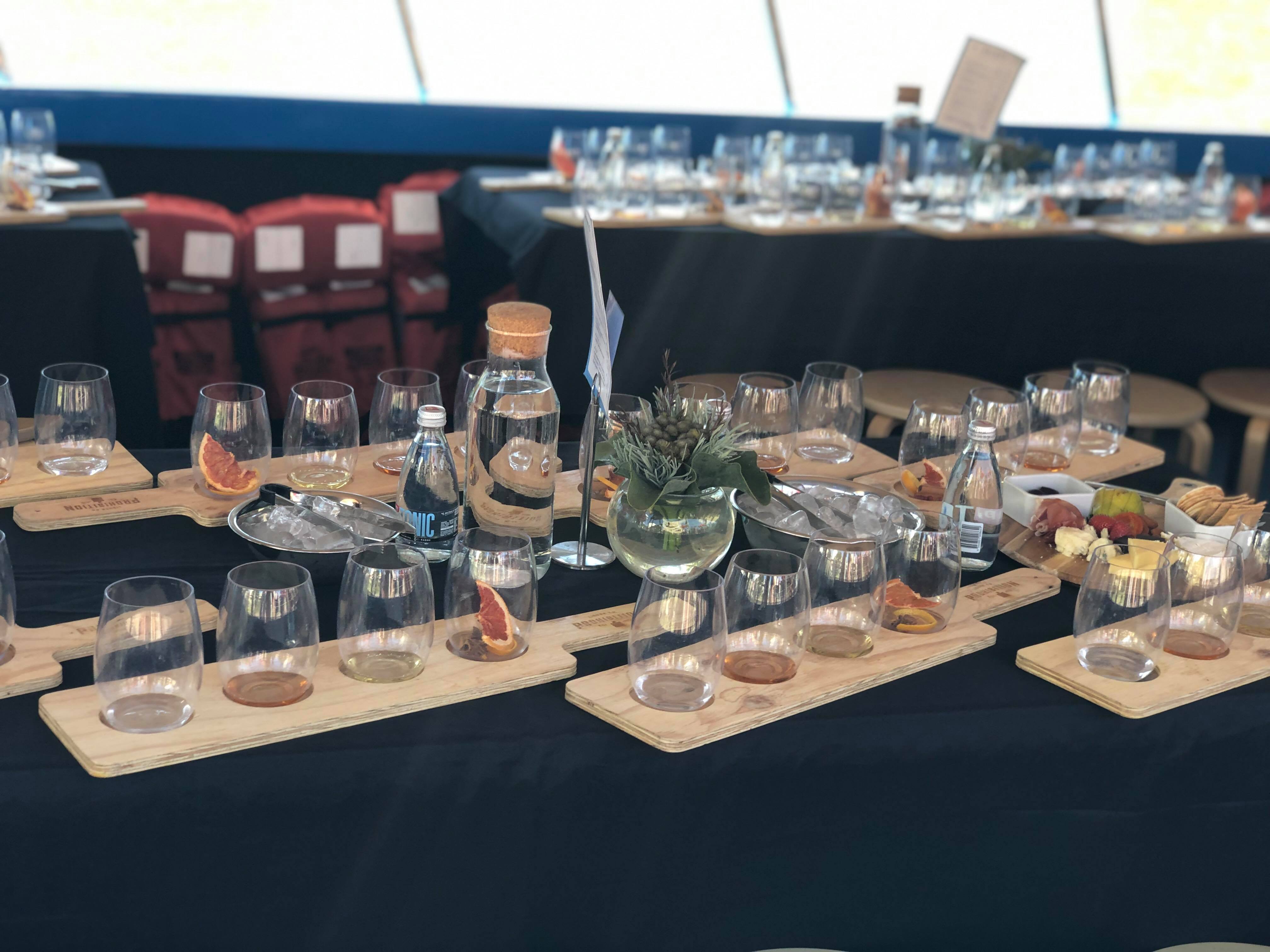 Following their global success where they have received over twenty awards in the past two years, Prohibition Liquor Co have now hopped aboard Adelaide’s state treasure, The Popeye, to share their world-class gins with all those “gin-on-a-boat” types!

Setting sail from Elder Park Landing, The Popeye takes guests on a one and a half hour cruise along the scenic River Torrens, offering picturesque views of Adelaide Oval, Pinky Flat and the Adelaide Festival Centre. When guests hop aboard, they are greeted by a tasting paddle containing three gin flights, bottles of tonic and a glass of botanicals to garnish their concoctions. 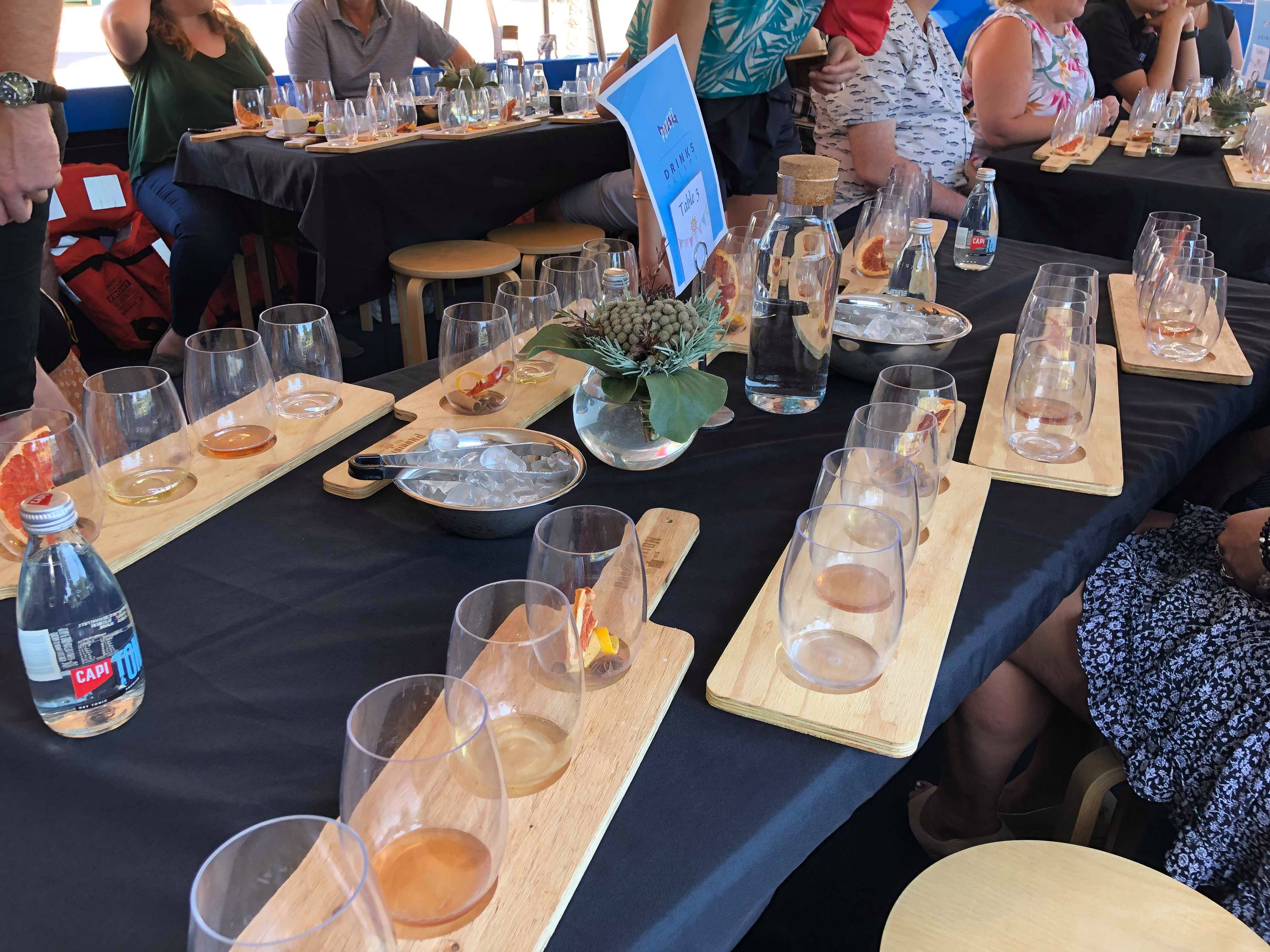 The first flight is their Prohibition Original, which is their signature house gin. Being the first of their gins to be created, this clear spirit was inspired by Prohibition Liquor Co.’s co-owner Adam, who is a martini kind of guy. The zest of lime and guava create delicate citrus notes, whilst botanicals such as juniper, pink peppercorn, lemon myrtle and wormwood offer racy herbal tones. These botanicals macerate for twelve hours before lavender is added at the last minute, the door is shut and the distilling process begins. Best garnished with dehydrated grapefruit, the Prohibition Original offers a uniquely aromatic experience, so be sure to take a swirl and breathe in the floral and citrus notes before you sip! 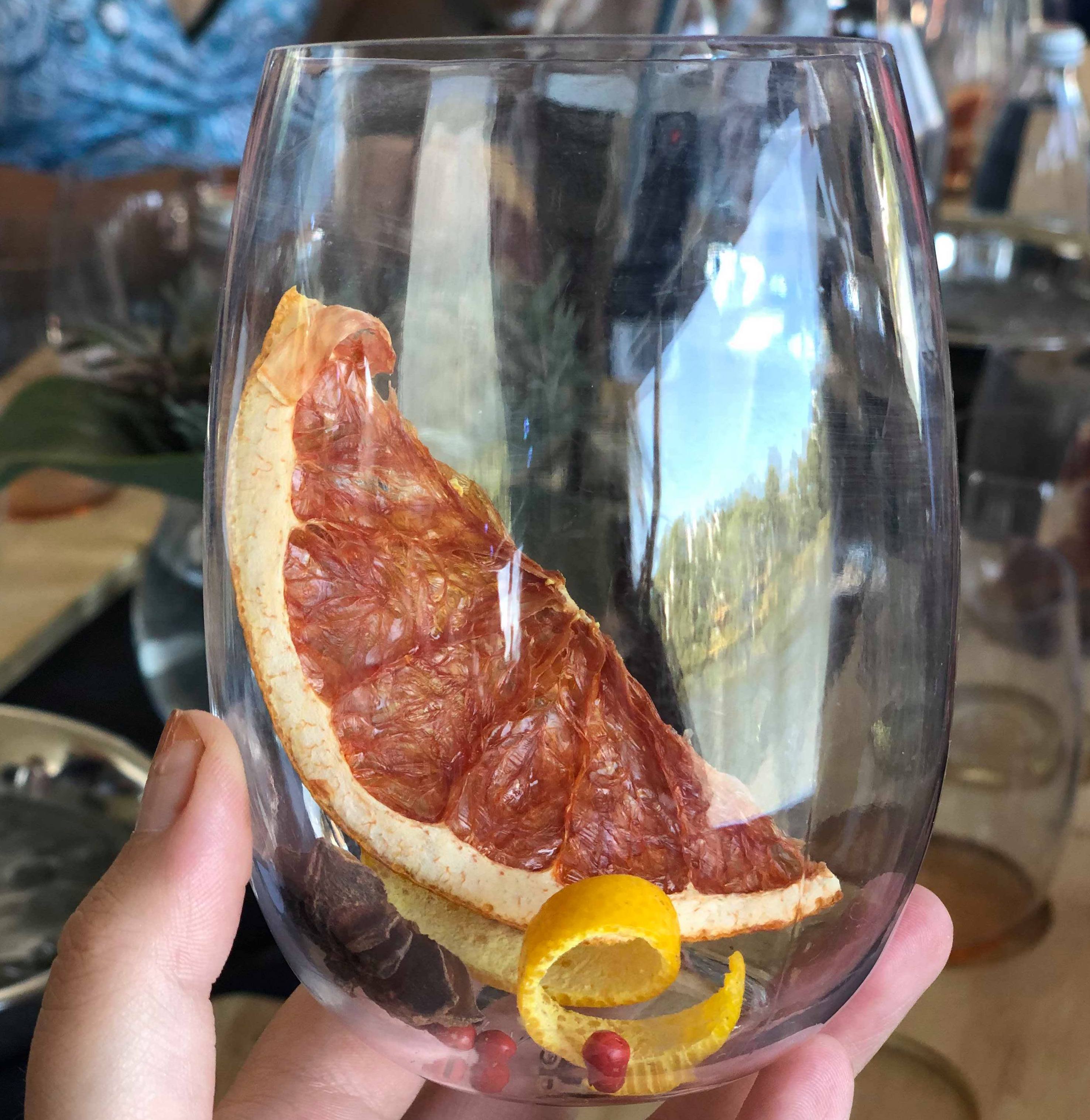 Prohibition’s Shiraz Barrel acts as their second flight, setting itself apart with it’s rich, velvety shiraz colour. Once originally holding American Bourbon, American Oak casks repurposed for Barossa Valley Shiraz are now filled with this gin for ageing at their Gilbert Street Distillery and Tasting Room. Deep within the oak casks, the spirit absorbs notes of rich oak and rye back, turning a magnificent maroon colour. These toasty flavours are complemented by citrus and floral notes, with a vanilla finish adding a sweet touch to bring it all together. With an alcohol volume of 60%, this gin is ideal for cocktail mixing and is best garnished with orange peel. 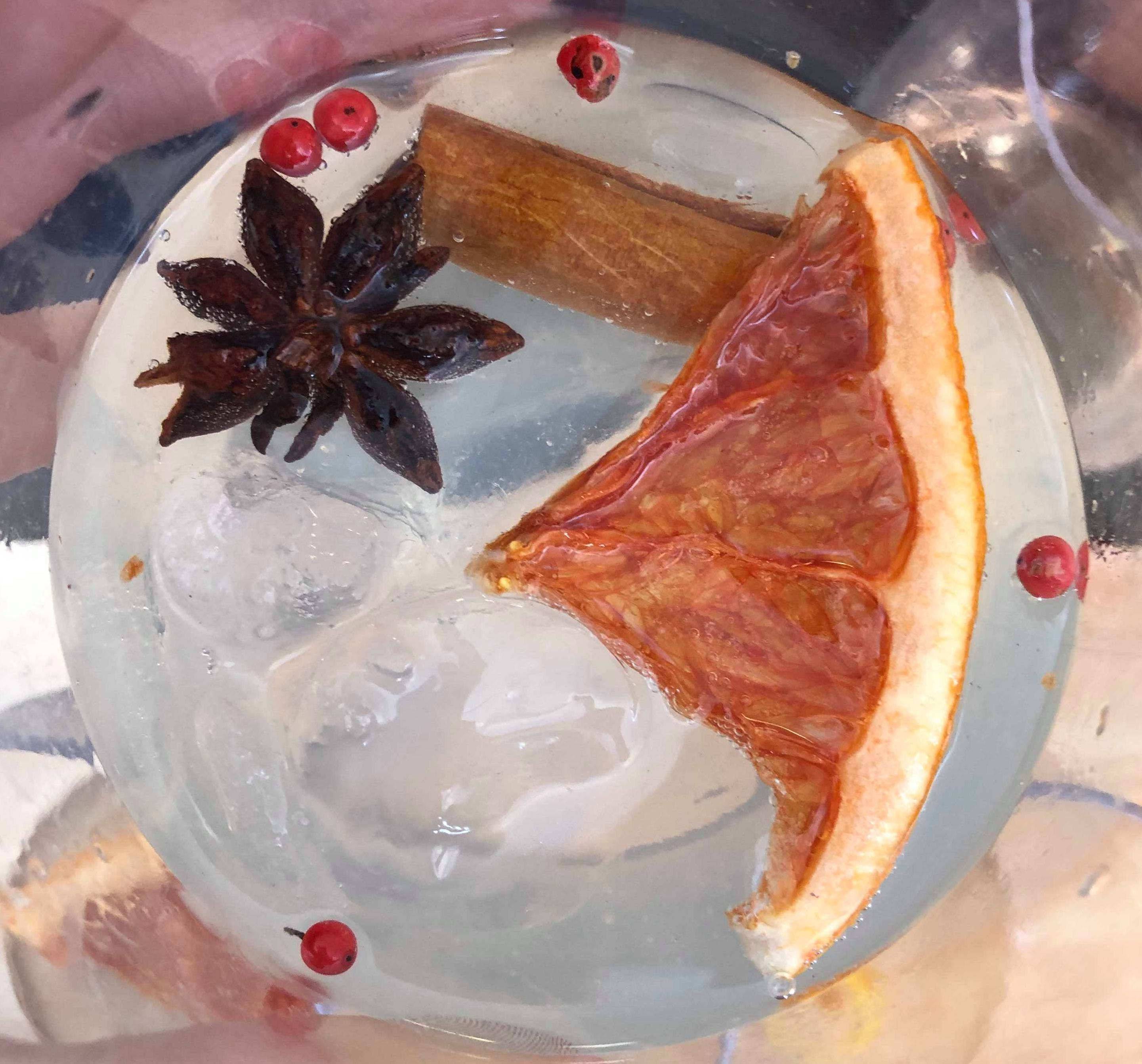 The third and final flight is the Prohibition Bathtub Cut Gin. With a name as unique as it’s flavour, the name pays homage to the old prohibition-age ritual of mixing and draining off the macerate in the bathtub. Although the gin is definitely not made this way anymore, juniper berries turn the spirit a warm, yellow colour much like the gins of the prohibition era. The Bathtub Cut Gin sets itself apart with it’s extreme strength, being the strongest gin in the southern hemisphere at 69% alcohol volume. Containing botanical elements of ginger root, wormwood and orange rind, star anise acts as the perfect garnish to enhance the sweet, confectionary hints created by juniper and aniseed.

Plenty of wine, bubbles and grazing platters are also available to pre-book or purchase, so you can enjoy a nibble as you experiment with adding tonic, ice and botanicals to each of your gin flights. 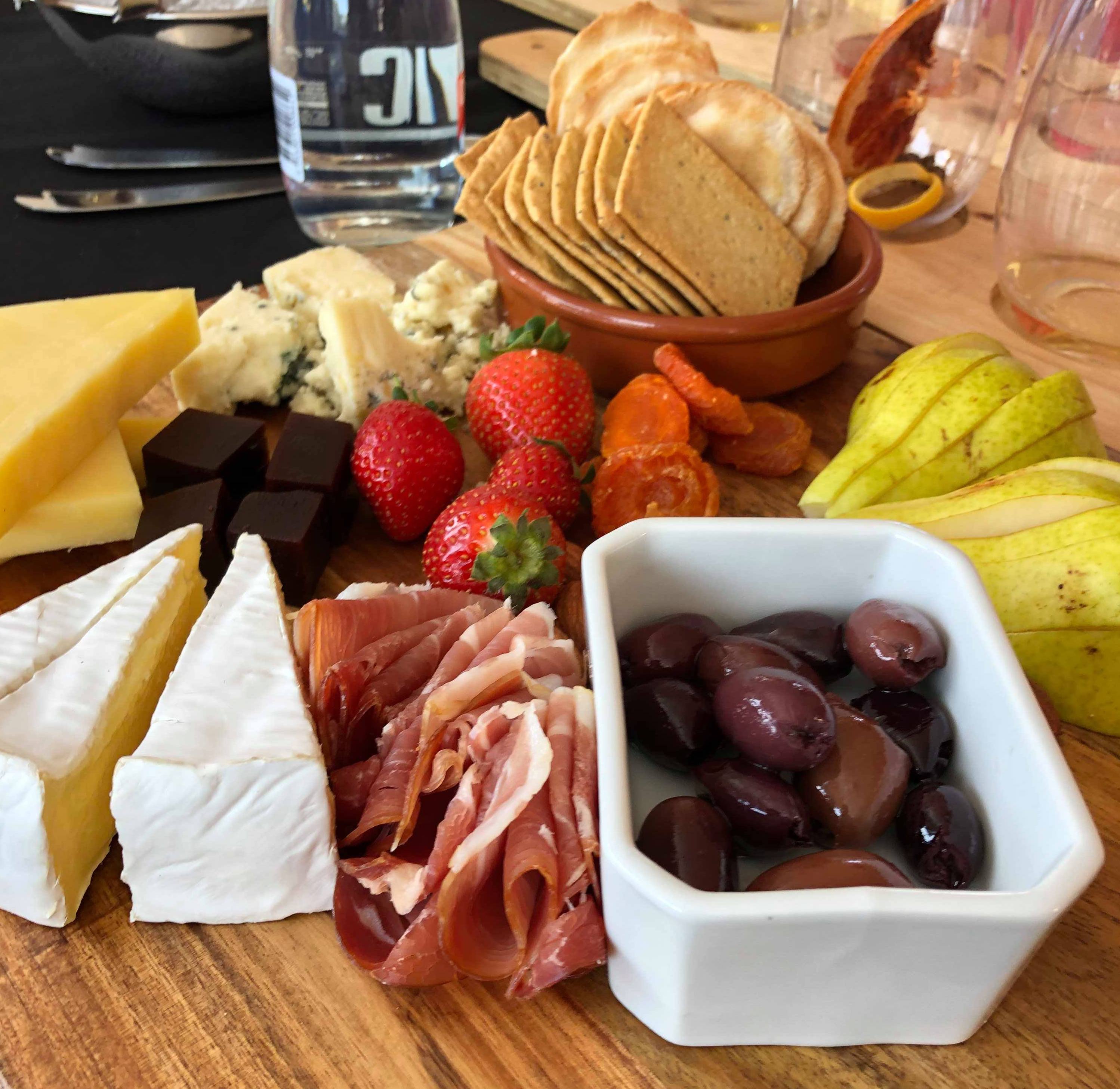 Prohibition Liquor Co will be offering their Gin Cruises on The Popeye for $45 per head until the end of April. It’s an experience not to be missed, so grab your girlfriends, mates and drinking buddies and snap up your tickets here!